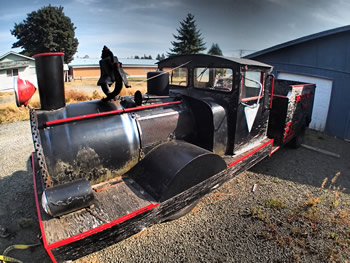 The Forty & Eight was founded in 1920 by American veterans returning from France. Americans were transported to the battle front on French trains within boxcars stenciled with a "40/8," denoting its capacity to hold either forty men or eight horses.

The American Legion train was part of many parades and public events in Northwest Oregon during the 60's & 70's as it was shared by four American Legion posts. It was a coveted spot to be able to ride aboard the vehicle which was originally a 1953 Chevrolet flatbed truck with a straight 6 engine. There was never any mistaking the location with the familiar sounds of a steam whistle and the clang of the massive bell.

Almost gone and forgotten I was given the old girl, and have started the restoration to bring her back. After doing a few of these restoration projects already with other vehicles like the 1948 Original Astoria Clown Car, I have found the most feasible way is to get a donor vehicle so the running gear is modern and safe. For the clown car we cut the body off my 2000 ford van and the body was mounted on the frame. It's the game plan for the train...and will be mounted on a frame of a 24 foot (former) motor home. 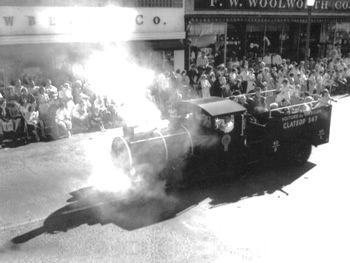 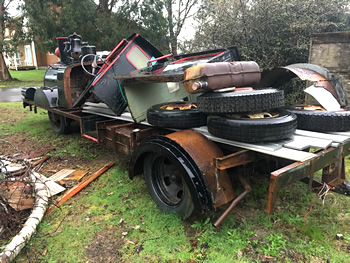 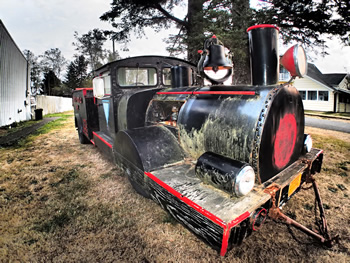 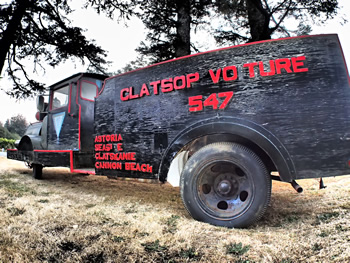 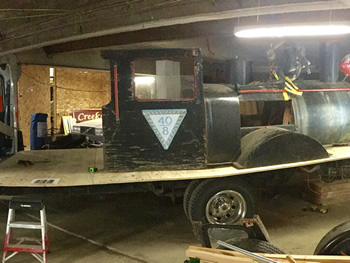 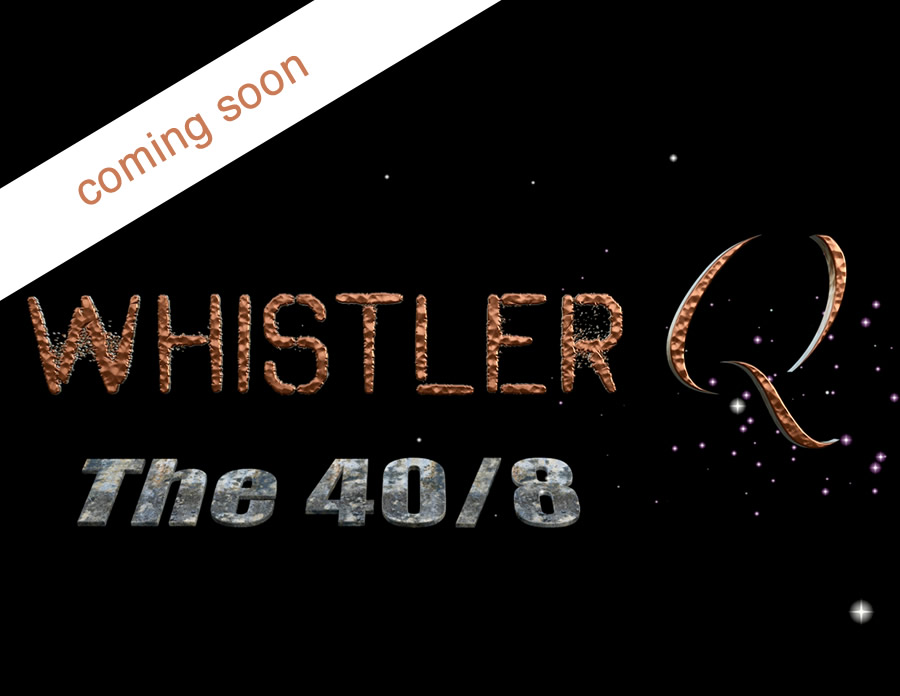 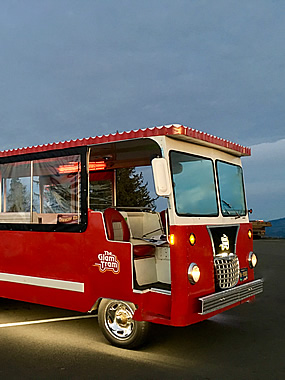 The Texas mini-bus was custom built for the Los Angeles Zoo and used as a people mover during the 60s. In 1971 the tram was sold to a real estate company on the Oregon coast where they used it to move people around to look at potential lots to buy. It broke down after just a few years of use and was abandoned in a shed for decades. 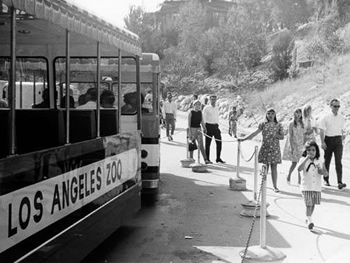 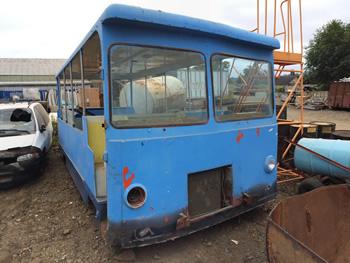 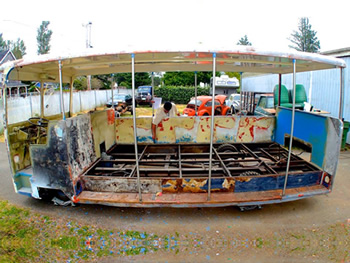 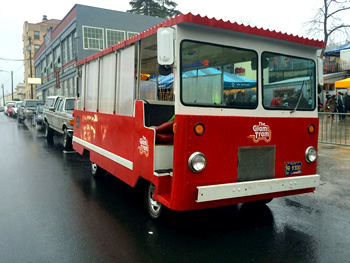 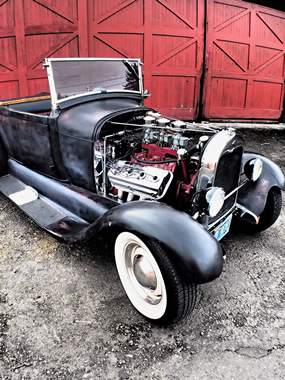 The rat rod is a style of hot rod or custom car that, in most cases, imitates (or exaggerates) the early hot rods of the 1940s, 50s, and early-1960s. The style is not to be confused with the somewhat closely related "traditional" hot rod, which is an accurate re-creation or period-correct restoration of a hot rod from the same era. A rat rod is not made to look pretty, in fact it is intentionally made to look a little rough and mean.

Most rat rods appear "unfinished", regardless of their status, as only the vehicle's bare essentials are driven.

The typical rat rod is a late-1920s through to late-1950s coupe or roadster, but sometimes a truck or sedan.The Rats harken back to the earliest days of hot-rodding, when kids would cobble together racing cars from whatever pieces they could find at the local junkyard. There's nothing fancy about them. Nothing pretentious. But if you're a car fanatic, getting behind the wheel of a rat rod and burning rubber down a straight piece of asphalt is truly a thing of beauty. 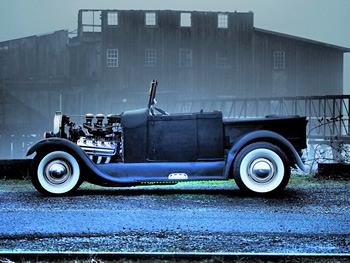 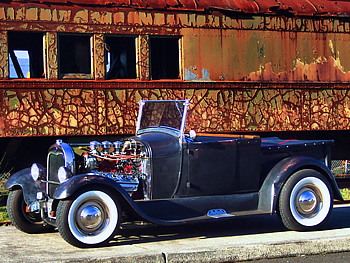 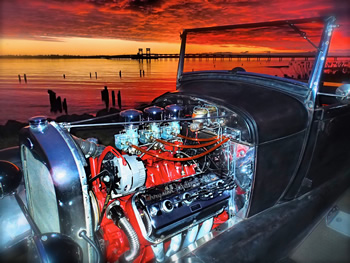 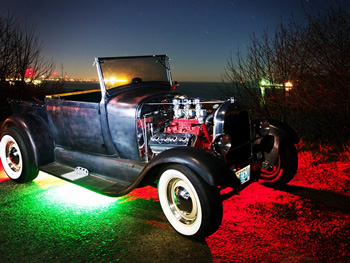 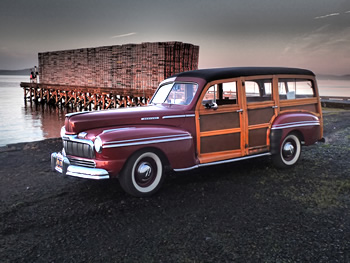 Found in a garage on Duane Street in Astoria in 1969, the car was in pieces and most of the wood was missing, as the car was used as a chicken coop on a farm. I purchased the car for $250.00 and my Dad was furious that I was throwing my money away on this junk. But he made an exception as that day was my 16th birthday and he could see it would take many years 'till I would be driving it.

It became my high school car and the only thing I've done since then is add dual exhausts and change the oil. The car has been seen many years in the Seaside 4th of July parade and was also featured in the movie Where's Molly. 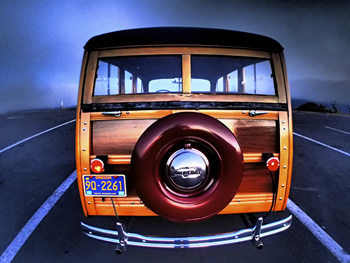 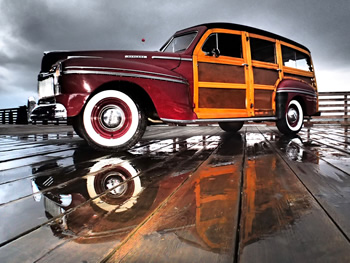 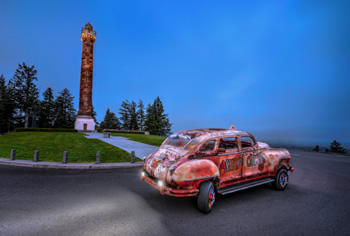 The original Astoria Clown car first became associated with Astoria in the late 1950s, when a group of civic boosters bought it from a mortuary, painted it yellow and then drove it in the Astoria Regatta while wearing clown costumes. On the side, it read "Let's Build the Bridge" - a call for Oregon to build a bridge across the Columbia River at Astoria.

In 2015, the 1948 Chrysler clown car was found in the desert in eastern Oregon and was brought back to Astoria and is, let's say, being given a second life. Eleven children of the original clowns have formed a group called Sons and Daughters of an original Astoria Clown. We grew together as children traveling to parades with our families. Our memories are fond and want to continue to spread the joy of the Astoria Clowns, a group that is still active today. 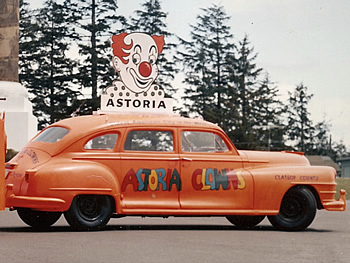 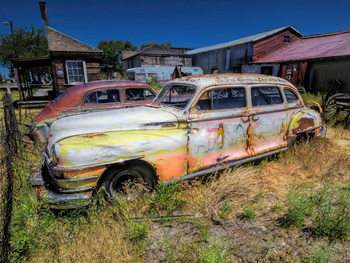 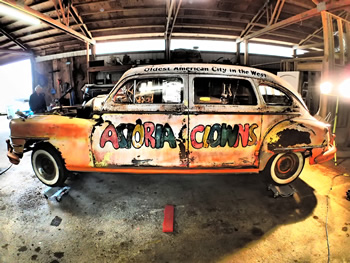 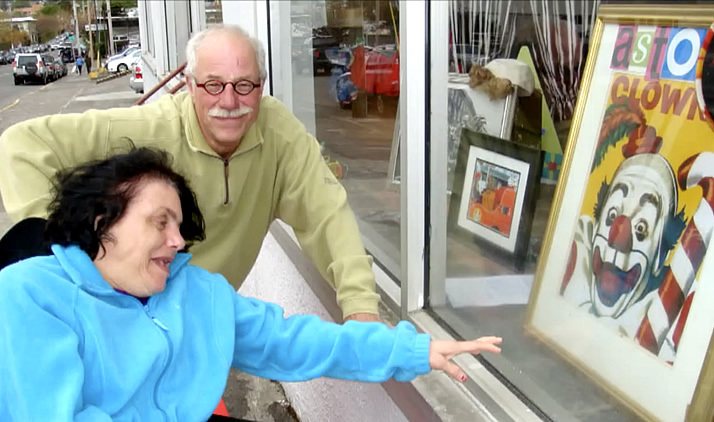 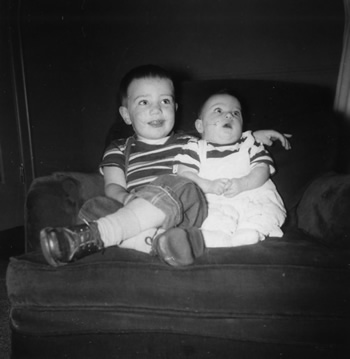 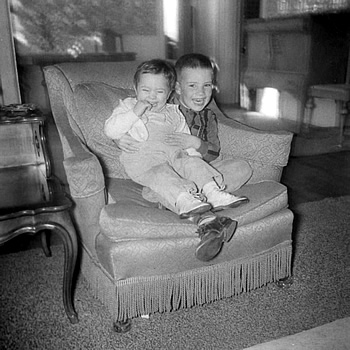 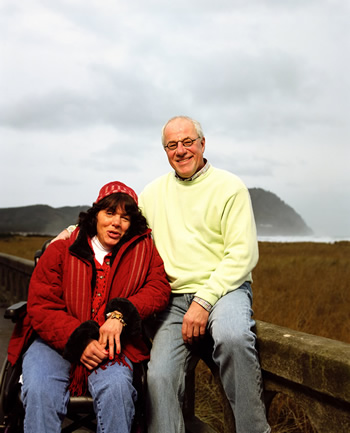 The Dalys of Astoria were the perfect '50s family: Their home was modern and neat; Dad was an executive at a cannery; Mom socialized with the other smart ladies in town; and they had two beautiful kids -- bouncy big boy Jeff and Molly, the little sister he adored. But the picture book dream was shattered when it became clear that something was wrong with Molly's development. And so, following the best medical advice of the day, Molly was institutionalized at the Fairview Hospital and Training Center in Salem. What's more, the girl was, by Mom's edict, forgotten; the Dalys had another child -- a healthy boy -- and Molly receded into memory.

Well, Jeff never entirely forgot his sister. And after his mother died, and then his father, he discovered evidence of her whereabouts and set about tracking her down and, finally, reuniting with her.

His story of loss, confusion and reunion is told in ""Where's Molly?" -- a handsome and overwhelmingly emotional film that played at the recent Portland International Film Festival and returns for a regular engagement at Living Room Theaters. And I don't care who you are or how tough you think life has made you: This film will get you blubbering like a baby.

Although Jeff's own quest is moving, it's the story of his dad, Jack, that most amazes. He looked like a stereotypical square peg, and he seemed to acquiesce to his wife's edicts against the mere subject of Molly. But he frequently drove from Astoria to Salem to visit his daughter. And when authorities asked him not to come back because the visits upset the girl, he devised a means to see her anonymously: as one of a troupe of traveling clowns. The notion that this white-collar, straight-arrow man would don makeup and a wig and crazy clothes just so he could stand and see his little girl is a titanic instance of selfless love. And the film hits you with more than one such shot to the gut.

Rendered in truly gorgeous photography (Daly is a professional video cameraman), the film in its final passages gets a little bogged down in advocating the rights of family members of the institutionalized. But it never stops wringing your heart. It's the rare movie that makes you want to rush out and hug everyone you love.